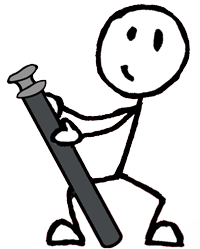 The Miniaturists continues to grow and people will talk, here is what some people have been saying about us:

Just because something's small doesn't mean it can't be beautiful. Or experimental, or poignant or thought provoking. For proof of this, look to the Miniaturists, a regularly staged event that celebrates the possibilities of the short play... As a forum for writers to push themselves to new places, the Miniaturists is ideal, and from the audience's perspective it makes for an exciting and memorably different theatre experience.Natasha Tripney

Value for money and a great opportunity to see new writing.Coco Hall, remotegoat.com

...this Miniaturists thing has a lot going for it. West End Whingers on Minis 18

A great showcase of writing, directing, acting and general theatrical talent, for one night only. The buzz and intense attention the performances get from the audience is a tremendous reward.Online Review London on Minis 18

Miniaturists is a great idea. It gives opportunities for playwrights to have something put on, for young actors to mix with the more seasoned, for young ASMs, lighting students and others to cut their teeth, and for those who can get to the Arcola to take pot luck and sample fresh writing in a very relaxed and positive atmosphere. Highly recommended.Online Review London on Minis 10

If 2005 was all about Monsterism--or resuscitating large-scale works--then 2008 looks like it could be a year for miniaturism.Molly Flatt, 'In Praise of Short Plays' in The Economist: Intelligent Life, May 2008

What a bloody marvellous night. The Miniaturists just gets better and better. Rebecca Burn-callander

Diverse, entertaining and slick, The Miniaturists was a fascinating window onto some of the ways that contemporary writers are exploring short theatrical forms. Alex Brenner

LOVED the show! So worth legging it up Stoke newington (I walked from Marble Arch coz can't work the buses out! but totally worth it) Had a great night. Big thanks to the entire Miniaturists team for a great eclectic entertaining thought provoking inspiring evening! Lita Doolan

I just wanted to say thanks again for letting us do a piece for you at Miniaturists yesterday. We thoroughly enjoyed the whole experience and seeing such a mixture of pieces as well (the image of the big bad wolf will live with me for some time I think...). Great buzz and a supportive, appreciate audience. I'd love to do it again sometime Laura Stevens

Really liked Sunday from the tech to performance - everyone so "on it" in an easy way. A warm and inviting event, laid back and enjoyed the plays, shades of love throughout, a programme that fitted. Diane Samuel

Thank you for inviting me to be part of the event. It's been a great experience working with Suz, Raquel and Mark. The organisation is incredible - all those techs! I've never been through a tech in less than a day and a half before. Lance Woodman

It was great fun and I loved the whole experience, very energising and a hugely supportive and encouraging environment all round. If only all theatre companies were run as smoothly. Looking forward to the next one...

Such a joy to be a part of and always such a great night out. If only all theatre was as vital... Nancy Harris

Writing for the Miniaturists was the most liberating thing I have done. I was able to explore a piece that I knew no mainstream stage would put on and I am not sure it had a further life at all, but I wanted to say something on the matter of disability and hiding the face either through plastic surgery or the veil. I wrote it quite fast, the director and I then broke it down and worked quickly with the actors, who were all brilliant, and we just did it. It was liberating also because I knew not everyone would like it, so this short piece enabled me to cut some umbilical cord to my work that was unhealthy and keeping me back in the warm amniotic waters of safe writing. THANK YOU!! Penny Black

Taking part in The Miniaturists Festival has been really good for me. Apart from the opportunity to write something free from pressures of commission, I have really enjoyed being part of the decision making process. Organising my own director, helping with casting and even arranging for bits of set to be moved around London have all given me a sense of empowerment as a writer. The main thing, however, is just being able to write anything I like, and to 'try it out' in a supportive atmosphere. All too often these days, where everyone wants a surefire hit, writers are not given the opportunity to write something raw, possibly full of glorious mistakes, but nevertheless exciting and a great opportunity to learn. Judith Johnson

I was delighted when Stephen Sharkey asked me for a play for the Miniaturists series, especially as I am one of the least well-established writers the series has presented. I saw the Miniaturists as a creative challenge, but also as a dialogue between an expanding group of British and international, established and emerging writers. (I am American; Vanessa Bates is Australian,) Lucy Skilbeck, the director of my play Piecemakers made some cogent suggestions which I incorporated into the script, and actress Sharon Kirk and I agreed to stay in communication. I hope to work with everyone from the Miniaturists again later. As a playwright not living in London, I often felt isolated from others practicing the craft, so the opportunity to see several short works by different authors in one night and liaise with the authors was a godsend. I hope it keeps going. The London theatre community needs it! Rebecca Nesvet

I'm a director, used to devising, editing and shaping material with actors and other collaborators. But if I thought of actually writing a script, I felt blocked. The Miniaturists rescued my confidence. The challenge of writing a short play - fully-formed, tricky, yes but still, it's short - seemed much less daunting. I realised that greedily I wanted to direct it as well and now it was easy to ask very good actors to spend a shorter amount of time working on what was, after all, a shorter play. It's not just that it's a rare opportunity to produce short works but that it's curated with honesty and generosity of spirit that made it such a rewarding experience for me. I'm not afraid of writing now because the Miniaturists looked after me and called me a writer. As audience too, I delight in the diversity of ideas and voices that the Miniaturists support: you might not like one playlet but there'll be another three along in an hour. It's a small, good thing and should be championed. Tassos Stevens

I just wanted to say a proper thank you for all your support yesterday and in the run up to the day. Being part of Miniaturists 19 was a fantastic experience. So thank you for making it possible. Psyche Stott

It was a fantastic experience, a real opportunity to consolidate some working practices... and you and Stephen are really the most calm and supportive artistic team I've met! Elgiva Field

A great showcase for talented writers. Well done Stephen and all the Minis posse for giving the likes of Declan (Feenan) and myself a platform. Ciaran Mcquillan

I just wanted to say how much I enjoyed being a part of Miniaturists 8. What a slick production team and an all round lovely bunch of people. I think the concept is great and the standard of the work I saw was really high.Sarah Ogley

"Just because something's small doesn't mean it can't be beautiful. Or experimental, or poignant or thought provoking. For proof of this, look to the Miniaturists"Natasha Tripney, musicOMH